The Day After Thanksgiving

“Purity lies not in separation from but in deeper penetration into the universe.” – Teilhard de Chardin 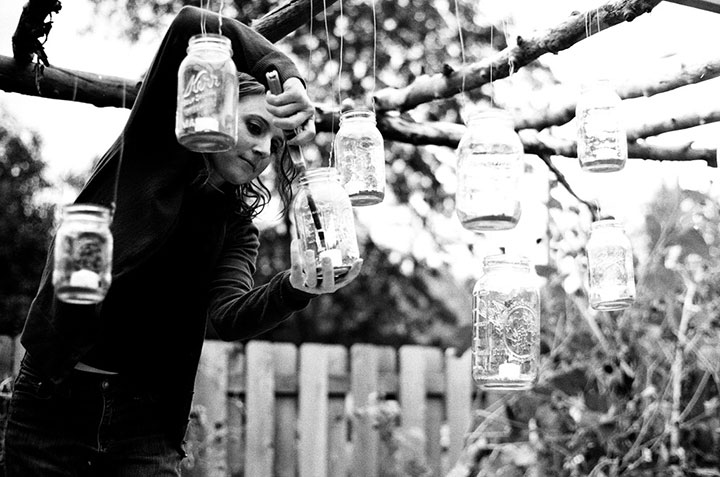 The day after Thanksgiving two years ago was cold. We got to work early, a few of us digging in my backyard before breakfast. I unbolted a section of fence and backed in the pickup. We unloaded a half a ton of “urbanite” – busted concrete – and filled the hole.

By noon we had a foundation rising three feet out of the ground, the beginnings of a hearth, and several pairs of boots stomping clay, sand, straw, and water on a tarp.

We were building an oven. 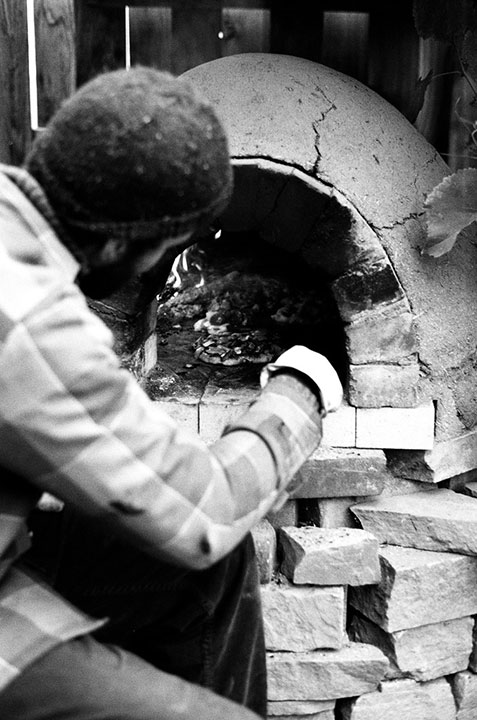 If our oven project was devised as a clever scheme to spite the shopping frenzy, we quickly forgot it. Our task demanded too much: Jerome and Steve swinging picks, reclaiming our clay from an abandoned field near a new subdivision; my wife bringing forth endless skillets of potatoes and vats of warm cider; Gabriele calling forth all her faculties to build the sand mold – the negative space of the oven; two, three, then five heads bobbing like rabbis over Kiko Denzer’s wise instructions for building the oven.

The oven works simply. Its radiant heat and convection properties are complex (to my mind) but working the thing is as easy as building a fire and keeping it going.

There are variations, but our cob oven looks like a cave or a tomb, with one opening in the front where cool air is drawn in by the heat, arcs up around the interior dome, and escapes through the top of the same opening. (The word “cob” by the way comes from the shape the clay mixture takes as it is stacked – more like a corn cob and less like a brick.)

You build your fire on the same hearth that cooks your food, so there is ash to contend with. I have never minded. For pizzas, we keep the fire going for two hours – to about 900° — then we move the coals to one side of the oven leaving about two-thirds to three-quarters of the hearth open, and slide our pizzas in with a peel. If you’re baking a mess of pizzas it’s helpful to keep a flame going on the coals, and to get that flame to arc over top of the pizzas. 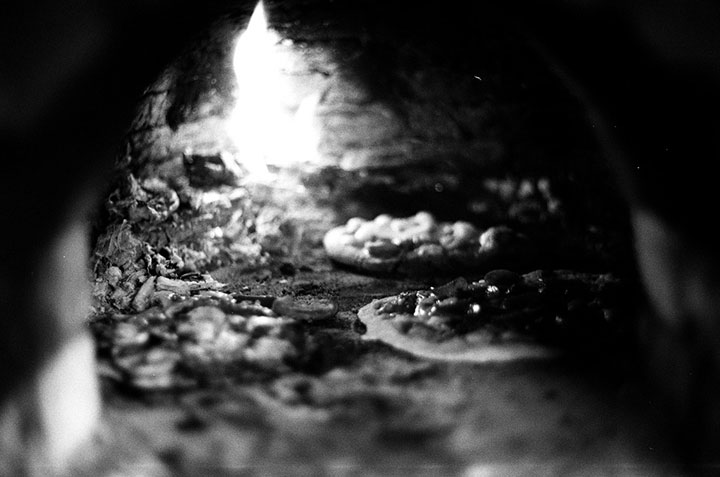 We don’t use the oven every day. It’s a tool for events, a way to celebrate. It is also a lot of work. Singed eyebrows and soot on one’s face are not uncommon. Sometimes people have to wait longer than they are accustomed to waiting.

Two years into a slow apprenticeship in the craft of wood-fired oven cooking (I remain an amateur), I suspect that if we would like to resist any of the ugliness, insatiability, and emptiness of Black Friday, building and using a cob oven is a pretty good way to do it.

Instead of buying something someone else made, we made something. And that making not only nourished my love for the thing, but the people who helped me do it. 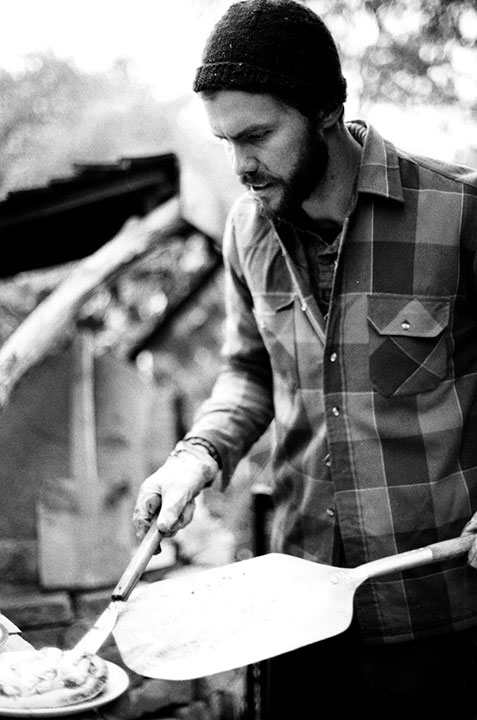 Instead of every shopper for him- or herself, we relied on the strength, expertise, wits, and resourcefulness of one another. Jan the soil scientist helped me scout out the clay. John the lawyer spent a summer laying brick for patios. He showed up at the moment when we were trying to figure out the best way to lay the firebrick in the sand for the hearth.

Oh we were probably as ravenous, in some way, as any Black Friday “shopaholic,” but there was no shortage of food and drink. Our work ended at dusk, and we ate! and we drank! and we were filled. 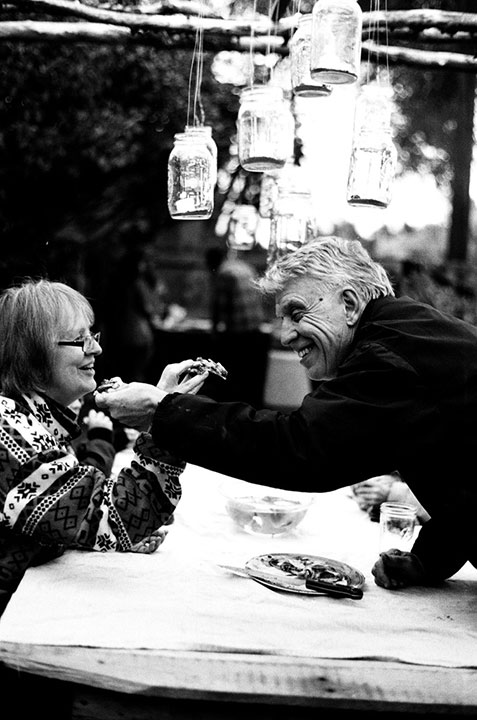 I hope cooking with a cob oven sounds like work. It is. So is just about anything worth doing, and some things not worth doing. Work is unavoidable. Since it so happens, now then, that we have a choice about some of the work we do, may we choose work that demands our best, draws us into our communities, and leads us unavoidably to look around and say thanks.

*Special thanks to the wonderful Gabriele Woolever for the use of her photographs. 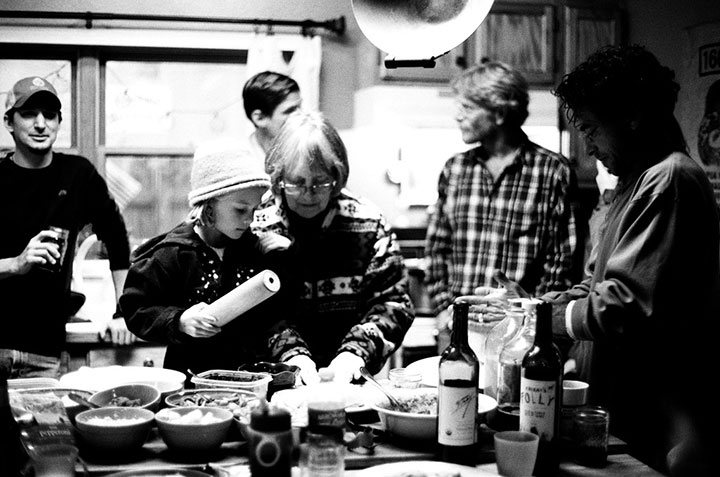 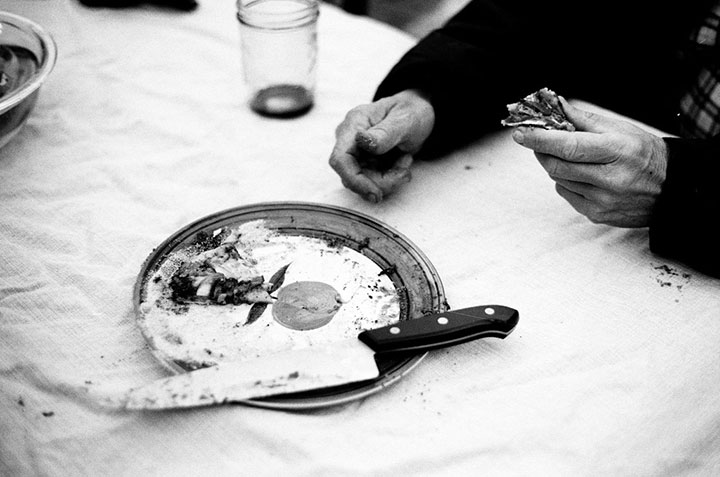 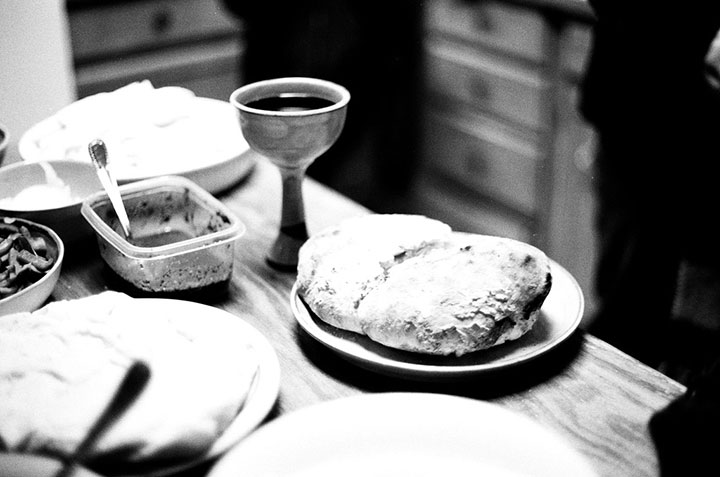 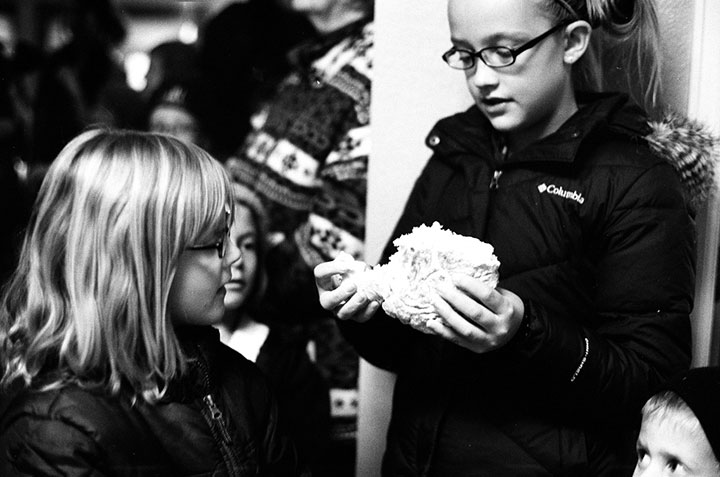 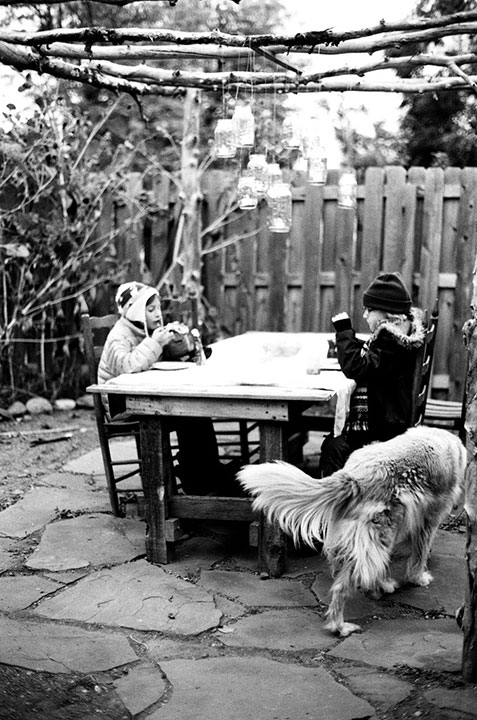